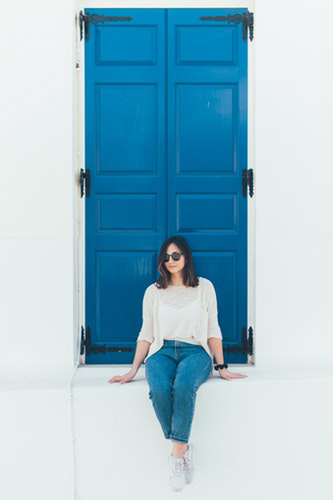 Nowadays, it would be nearly impossible to go outside without spotting someone wearing jeans. They are everywhere and for good reason, in our opinion.

It’s difficult to find another type of pant that is as comfortable and as versatile as jeans. The different cuts and styles available make it all the easier to match them with different tops and footwear, leaving the possibilities for numerous outfit styles.

From the most relaxed and casual outfit, to a sensual and sexy one, the possibilities are practically unlimited.

To be honest with you, it can be a headache sometimes when it comes to choosing the right cut for a particular body shape or even choosing which one goes best with your own personal style.

In the past, the styles were limited and you wouldn’t have to worry so much with which one to choose. Today, especially due to online stores, it can take you several days to decide on a pair you really like as there are so many different choices.

To help you out a bit, we have compiled several selections of jeans and also dwelled a bit more into some particular styles that exist.

Following up our previous piece on the differences between mom jeans and boyfriend jeans, today we will be looking at two other styles of jeans, which are the boot-cut and the straight jeans. 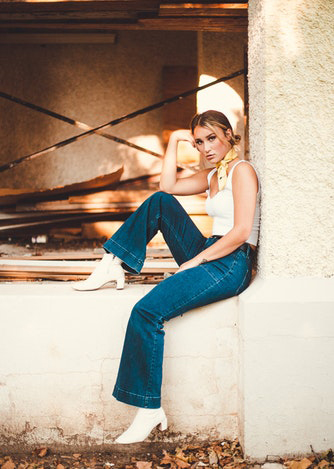 A Look At History

The Boot-cut jeans are the in-between style of a straight jean and a flared one, heavily influenced by sailors’ trousers in the 1850s and which then became popular amongst ranchers and cowboys.

They gained most of their popularity in the 1960s and 1970s thanks to, you guessed it, hippies. Being distinctly different from other jeans’ styles, they represented what was deemed to be unique and “out of the norm”. They inspired new design changes and wider, bell-bottomed jeans became popular at the time.

Originally though, their purpose was that of allowing the wearer to also wear boots comfortably without having to worry about tucking the jeans into the boots or struggling to fit the tight jeans over the boot shaft. Thus, the name boot-cut jeans was born, meaning that these were jeans cut to go with boots.

Read also: Mom Jeans vs Girlfriend Jeans: What’s the Difference? How to Choose?

What Are Boot-cut Jeans And Why Did They Become Popular?

In regards to their actual style and cut, boot-cut jeans are jeans that start out straight and slightly tapered at the thighs, which goes down to the knees and from there they noticeably widen all the way down to the ankles.

They generally are cut longer than regular jeans, since they are meant to go over the boots, but regardless, they are not as long as the flared jeans, which cover the feet entirely.

Boot-cut jeans come in a variety of designs and colors, but their distinct cut is the same regardless as it is what makes these jeans what they are.

How did these jeans become so popular and beloved?

We did mention the flower children above, which these types of jeans were associated with at the time, but their popularity starts much earlier and it can be traced to cowboys.

Western movies that showcased heroes of the Wild West and life on ranches as cowboys are one of the major influencers that brought these jeans, just like the cowboy boots, to the public eye.

While style-wise it may have seemed like a fad back then, being so practical and versatile in style is what made boot-cut jeans a staple in many men’s and women’s wardrobes.

They go with a variety of different tops and for women, they go really well with high heels and make great casual and party jeans.

See also: Girlfriend Jeans vs Boyfriend Jeans: What’s the Difference? How to Choose?

How to wear Bootcut jeans
This video is provided by YouTube.com, a third party. If you Play it, you accept their terms of service, and their use of cookies. 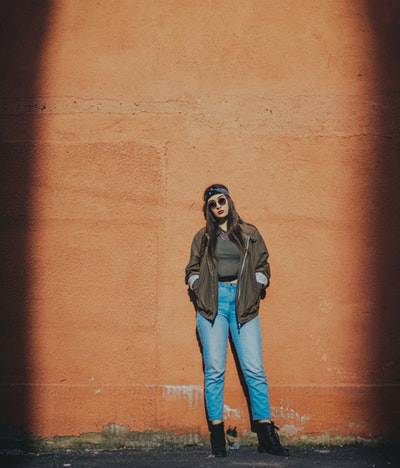 A Look At History

One of the most commonly worn style of jeans, especially by men, is the straight leg jean. They became popular in the early 2000s and have yet to go out of style.

They are one of the original styles of jeans, from which the boot-cut and later the flared and bell-bottomed ones derived.

The original jeans’ design was made for workers and they were cut to resemble the pants of overalls, which provided comfort and were practical for workers to wear.

If you have ever seen a pair of working overalls, you may have noticed the often straight-cut legs which are one size throughout their length. That is the straight leg jeans’ concept, too.

Due to their practicality and their style that goes with both casual and more formal outfit styles, straight leg jeans have remained in style for years without the usual ins-and-outs of other types of jeans, which come and go with fads and trends.

What Are Straight Leg Jeans And Why Did They Become So Popular? 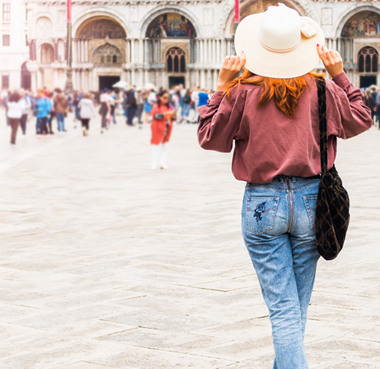 Straight leg jean refers to straight-cut leg, which means that from the hips and down to the ankles these jeans are the same width, without ever flaring or tapering along the way.

They can come in different rise heights, being low or high rise and are also usually slightly longer than the ankle, but not so much that they touch the floor. However, there are designs available that end right above the knee, which are most commonly found in women’s straight leg jeans.

Among women they became popular because their cut makes the legs appear longer and it takes focus away from wider hips and thicker thighs, making them appear slimmer, which some women prefer over the skinny, shape-enhancing jeans.

Their style is also quite fitting for formal occasions, unlike other types of jeans which may be great for casual events and daily errands, but are not suitable to wear to a meeting or formal event.

They are also quite easy to style with different types of shoes and both heels and flats, as well as sneakers can go really will with them.

STYLING STRAIGHT LEG PANTS
This video is provided by YouTube.com, a third party. If you Play it, you accept their terms of service, and their use of cookies.

While these two styles of jeans bear some semblance since one is a derivation of the other, they are quite different and it’s really hard to mistake one for the other.

Cut straight through and through, the straight leg jeans has the same leg diameter from the leg opening down to the ankle.

The boot-cut, on the other hand, starts out straight at the hips and then tapers at the knees, from which it then widens out.

The Rise and Length

While both of these styles can come in high and low rises, the length is different between the two.

The boot-cut jeans are longer than the regular straight leg ones, especially the women’s designs. This is due to the fact that the boot-cut is made to cover the back of the boot and that’s why it is typically just above the floor in length.

While these are not cut or design differences per se, they are style differences and it’s no secret that the type of shoe you wear may make or break an outfit.

Boot-cut legs go better with boots, obviously, and other similar chunky shoes, such as wedges. High heels are also suitable to wear with these jeans.

On the other hand, the straight jeans go with practically any type of shoe, including tall and lean boots, high heels of different styles and other flats and sneakers.

Due to the unchanging width, the straight leg jeans is more suitable for petite women or those looking to make their legs appear longer. They are usually more flattering on women with narrower hips and thighs, too.

As for boot-cut jeans, the flaring helps balance the thighs, making them more flattering on curvier women, as they beautifully shape the hips and thighs.

However, that is not to say that because you are petite or curvy you cannot wear one or the other.
Rather, look for varieties within the particular style you like as there are different designs and cuts that will flatter different body types.

That’s all for today’s piece. We will see you in the next one! 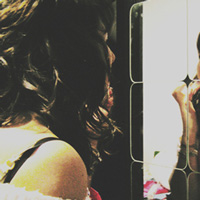